Sathish Kumar Tells The Youth To Take Risks And #FearTheRoutine

Sathish Kumar Tells The Youth To Take Risks And #FearTheRoutine

Most of us are slaves to the routine life. Well, no complaints about it. Each one of us is doing it to earn a livelihood. Given a chance, there will be many who will escape the monotony to follow their passion. But, not everyone wants to risk their 9-5 jobs and that’s acceptable. However, there is one Indian who chose to think differently irrespective of his hardships. He dared to dream and lived his dream.

An IT software professional, Sathish Kumar Shanmugasundaram got hit by a travel bug in 2015.  It was in 2013 where Sathish started his career in a leading Banking organization where he met people who shared the love for travel.

To everyone’s surprise in 2015, he booked his tickets for Hong Kong and explored the city as a solo wanderer. That was the birth of a travel enthusiast.

Thereafter Sathish, a resident of Ramapuram decided to follow his passion. He took up the risk of quitting his job and decided to complete his dream bicycle expedition. He started his cycling tour from Chennai on May 26th and completed his bicycle expedition at India Gate in New Delhi on June 21st. He covered around 2200 km on his bicycle.

He believes that the youth today are scared to take risks however, fear shouldn’t hold them back. In his blog titled “Life can be so fun if you are in it to make it” he states that he put himself to test by taking this long distance cycling and achieved such a huge thing in life. When he hit the road, he created a hashtag on Twitter which is called #FearTheRoutine where he wanted to share his cycling journey. However, he was shy to promote it among his family, friends and many others. After having completed a considerable distance, he got the courage to open up about his cycling journey in various travel groups on Facebook. Sathish also goes on to say that his family background or the need to be in a routine job did not deter him from following his passion. He is the only son in the family. His mother earns by ironing clothes in Ashok Nagar. His higher education was in a government school and he did his post-graduation in Software Engineering by taking an education loan. It wasn’t that easy for him to decide to quit his job and travel.

However, Sathish believes that if you can overcome the fear of starting something new or taking a risk, you can achieve anything you want.

Unlike other cyclists, Sathish did not have money for a fancy bicycle for his long bicycle expedition, so he used his old one which he purchased during his final year of graduation. 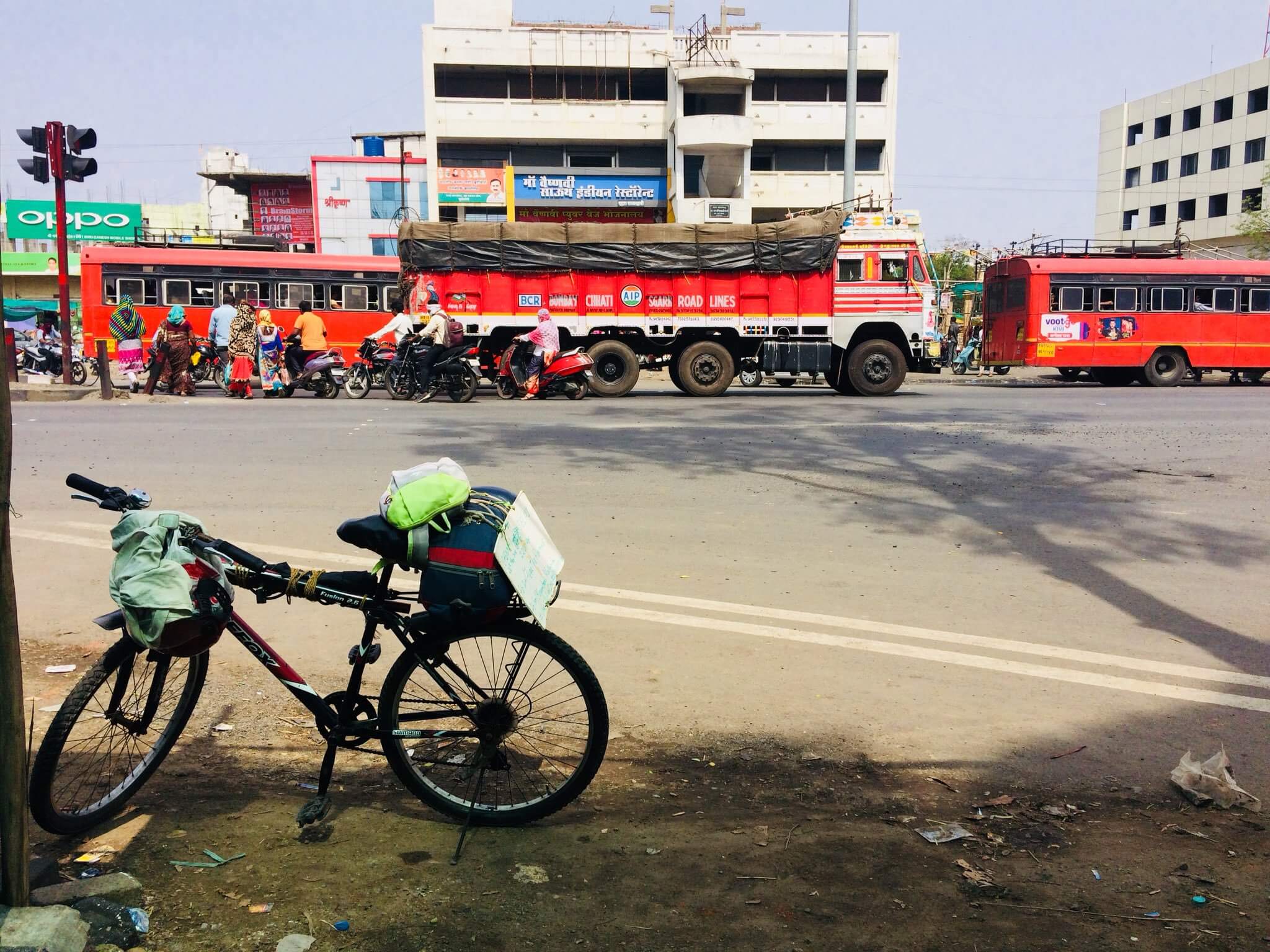 Sathish also goes on to state that he was apprehensive when he started off on his solo bicycle expedition. However, he faced his fears and decided to do it anyway. There were moments when he was worried about his travel to Central India from Hyderabad.

At Nagpur, he even thought of quitting. But then, he convinced himself into thinking that no one remembers those who leave things halfway. His friends kept him motivated by their chats.

This bicycle expedition sure has given him memories for a lifetime. He realized that the nation is full of colour and love. Irrespective of the region, language or religion, everyone welcomed him. Some people gave him shelter, others introduced him to their friends, some offered him free food and some came forward to support him with money.

Sathish would start his journey at 5 am every day so that he could not be trapped in the daily traffic and the heat. His diet included juices and fruits for breakfast and for lunch respectively and solid food for dinner. With no money to spend on lodging, he opted to sleep in temples. When he was in Andhra Pradesh, he spent his night at Ayyappa Temple in Kavali to spend the night. He was welcomed by the elderly devotees staying there. He bonded with them over some memorable conversations. At one place, while having food at a dhaba, the dhabawala came to know of his journey and made him stay at his place. He invited school children to the place and introduced him to them. The school children were so thrilled that they all took his autograph, which they later pasted on their bicycles.

Sathish states that the true motive behind this bicycle expedition was to help realize people that everybody can do great things if they are not limited by their own mental thoughts.

It’s time we all learn to face our fears. If you fear of riding a bicycle, it’s time you learn it. Don’t fear that you’ll fall; we are here to catch you and help you.

How Can A Cyclist Spend The Monsoon Day Perfectly?