Remember the time when we saw Aamir Khan race on a road bike on the Velodrome?

Model house was our bae and Pehla Nasha our favorite song, wasn’t it? Especially, after Aamir Khan aka Sanju won the championship.
The last part of the race is still crystal clear in our mind. The crowd chanting, “Sanju, Sanju, Sanju!” Screaming their lungs out as Sanju and his main rival “Deepak Tijori” took to the final lap.
We were glued to the screen by now, biting our nails and sitting at the edge of the seat. Hoping Sanju would shift to top gear and end the war!

But this moment, took a while and when Sanju finally agreed with the crowd, it was the most beautiful moment ever.

The sheer hard work, the pain and the bullying Sanju and his elder brother (Ratan aka Mamik Singh) went through, we felt it too.

But after this victory, it was all done and dusted. Everyone including us was overwhelmed with happiness.

Today, in spite of the movie being over two decades old, Sanju is still fresh in our minds. If asked, we wouldn’t mind watching it again and again.

But that’s one of the best movies we have seen that gave us a different insight of the Indian cycling world.

Here are a few more cycling documentaries and movies that will blow your mind. The cheating, the drugs, the planning is all worth watching for the love of cycling.

If you’re a cyclist, you’ve got to watch these 13 movies! Enjoy!

1. Premium Rush:
If you ever want to experience the power of fixes, this movie will get your adrenaline pumping. Dodging speeding cars, crazed cabbies, and eight million pedestrians, Wilee, a bike messenger makes it out on a super lightweight, single-gear bikes with no brakes, just to deliver his last envelope of the day. 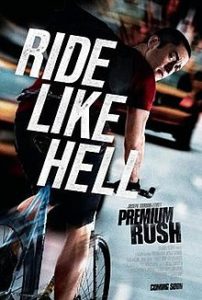 However, this daily routine turns out into a life and death chase through the streets of Manhattan.

In this movie, sports physician Marcus persuades his unstable brother David to come with him and train for a bicycle race across the Rocky Mountains. But there’s a twist as he doesn’t tell him that he has a cerebral tumor.  The race also features stunning views of the Rockies and insight in the tactics of bicycle races. 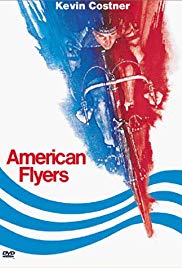 One of our personal favorite movies, the program exposes the most sophisticated form of doping every done in the cycling history. The movie takes you through Lance Armstrong’s drama to win 7 titles after surviving cancer. 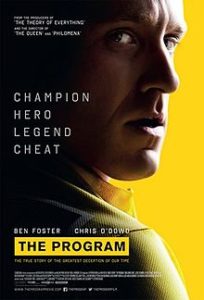 A 3,000-mile cross-country bicycle race across America, this race is taken on by only some of the best endurance cyclist in the world. This movie covers the 2015 event which begins tragically with the death of endurance cyclist, great Bob Breedlove. The movie further continues into a marvellous testament to the strength of the human will and spirit making it one of the best cycling movies. 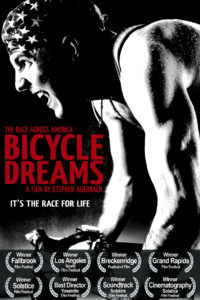 Those of you looking to experience the Tour De France from the competitors perspective, then this film is for you.  The movie, chasing legends, follows Team Columbia-high road and gives you more insights from the perspective of a participating team in the toughest multi-stage race.

If you’re a Cavendish fan, this movie will make you love him more. 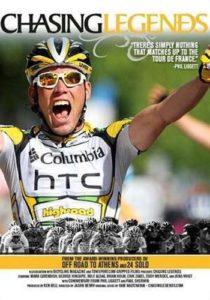 A touching story based on the life of amateur Scottish cyclists, Graeme Obree as he attempts to take the world one-hour distance record despite suffering from a mental illness and having no sponsors to offer support. 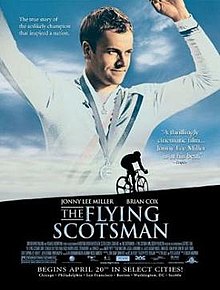 Another best cycling movie that you need to watch is breaking away. In fact, the movie is so good that it was ranked as one of the top ten American sports films of all time by the American Film Institute.

If you are looking for some comedy every now and then, this movie does a beautiful job. 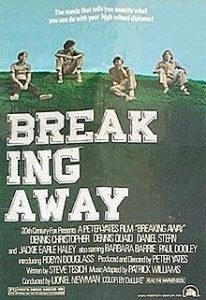 Enough with the Tour De France and RAAM, single day races are not less. Ask Eddy Merck, oh wait! Rather watch his documentary on the Paris Roubaix 1976 edition where he went on to take his biggest rival, Roger De Viaeminck.

If you aren’t familiar with Mercks or Roubaix, watch this movie, right now! It will open your eyes to a completely new world of cycling. 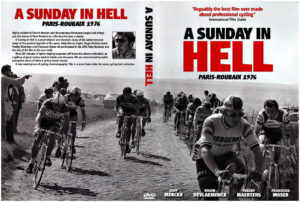 A French animated cycling movie that has no dialogues but is an all-time hit among cyclists is the Triplets of Belleville. The story follows a young boy who’s determined grandmother trains him to be the next winner of the Tour De France.

Trust us, the movie was so good that it won an Oscar for the best animated film in 2004. 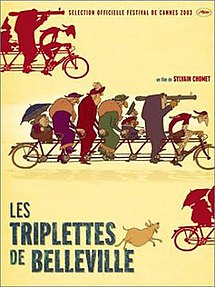 This best cycling movie is noticeably one of the original cycling documentaries that were ever made. The documentary is so good that it makes you feel a part of that 1973 Giro D’italia.

The punishing distances, the camaraderie between team-mates makes it worth a watch. 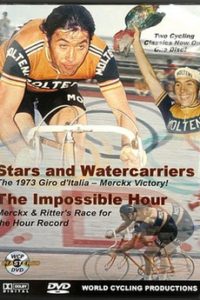 Another unmissable cycling movie that will make you fall in love with the prestigious one-day classic all over again is the “Road to Roubaix”. The nervousness of the riders, their efforts to ride through the cold, the wet and cobbled path is beautifully captured in this movie. 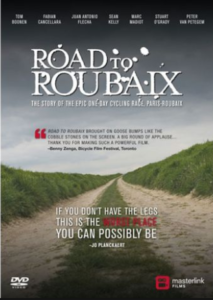 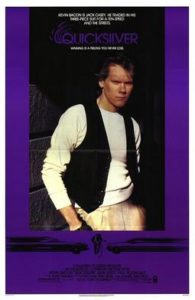 These are some of the best cycling movies that we would want you to watch.

So which one are you starting with? Comment and let us know.